Senate Finance Committee Chairman Chuck Grassley (R-IA) and Senate Health, Education, Labor and Pensions Committee Chairman Lamar Alexander (R-TN) released their comprehensive multiemployer pension reform proposal on November 20, 2019. Summarized in a white paper and technical explanation entitled “Multiemployer Pension Recapitalization and Reform Plan” (MPRRP). The proposal is a comprehensive and complicated re-write of the multiemployer plan rules as compared with current law and reflects a yeoman’s job of Congressional staff over recent years working diligently to get this latest reform done right from their perspectives. Still, that ultimate judgment in the near term will depend on intense negotiations among the various stakeholders on a final proposal that may be okayed by Congressional leadership for enactment on the year-end spending measure in late December – if equitable compromises on both sides of the aisle can be reached on the crucial principal issues.

1) Plans eligible for PBGC partition – Significantly increased PBGC premium levies on all plans, combined perhaps with some as-yet-to-be-defined amount of government appropriations support, will be dedicated to finance and administer a robust PBGC partition program, to pay some of the benefits of “orphans” (participants whose employers no longer contribute to the plans) in qualifying critical and declining plans that meet specific criteria, along with three qualifying named exceptional plans: Teamsters Central States, Road Carrier Local 707, and the United Mineworkers National plan. As proposed, partition payments from PBGC are greater for Central States and Road Local 707 as compared with other eligible partitioned plans. The PBGC maximum payment guaranty would be increased from $12,870 per year, to approximately $20,000 annually.

3) Funding rules – mandated assumed discount rate valuation of liabilities – The proposal requires that the assumed discount rate used by actuaries to project plan liabilities be limited to the lesser of either 6% or the 24-month average third-segment of the 25-year corporate bond yield curve, plus 2%. Experts comment that in most instances the lesser rate will be 6%. This rate is to be phased in over five years, beginning in Plan Year 2020. Changes in plans’ funding status due solely to the decreased interest rate assumption may amortized over 30 years.

There are a myriad of other significant changes in the MPRRP proposal, including zone status rule changes. MCAA is analyzing the changes in conjunction with our consultants at Horizon Actuarial Services and Groom Law Group, along with our stakeholder partners at the UA.

Other stakeholder coalitions, including the NCCMP and the Construction Employers of America (CEA), are engaged in similar in-depth assessments and analysis in preparation for the key negotiation period between now and Congressional recess in late December.

All recognize that successful reforms this year are key, as a general election year is usually not conducive to delicate bipartisan compromises on crucial national issues. However, it also is widely recognized that significant equitable compromises in the initial proposal are essential to avoid further destabilizing the entire multiemployer system to provide partition for only a relatively small yet very significant subset of the whole.

MCAA’s leadership is taking this very important matter under advisement and will keep you apprised of developments along the way to whatever resolution may be achieved by the end of the year.

MCAA Calls on Congress For Technical Correction Addressing Tax Treatment of Loan Forgiveness
MCAA joins the coalition of 683 groups (as of December 10, 2020) calling on Congress to pass legislation ensuring that expenses associated with PPP loan forgiveness are tax deductible. We continue to share the letter with colleagues and state/regional/local affiliates, hoping to grow the support and push Congress to enact legislation before the end of the year.…

Connect with Peers on Hot-Button Issues at the 2020 Industry Improvement Funds Virtual Seminar on December 3, 2020 at 11:00 a.m. EST
Discover perspectives from around the country when you connect with industry improvement fund trustees and local association executives at the 2020 Industry Improvement Funds Virtual Seminar. Group discussions will provide time to learn from one another about hot-button topics. Legal updates and a legislative and regulatory outlook round out the program. Join us for this free education. Don’t delay – register today!… 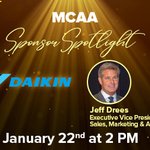 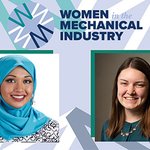 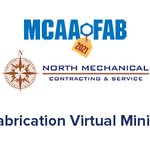 MCAA's Virtual Education Conference, March 22-25, is not just another meeting, but an opportunity to network with your peers, participate in education seminars, see the latest & greatest in the exhibit and watch our annual student chapter competition. http://ow.ly/pnL250D8ONU