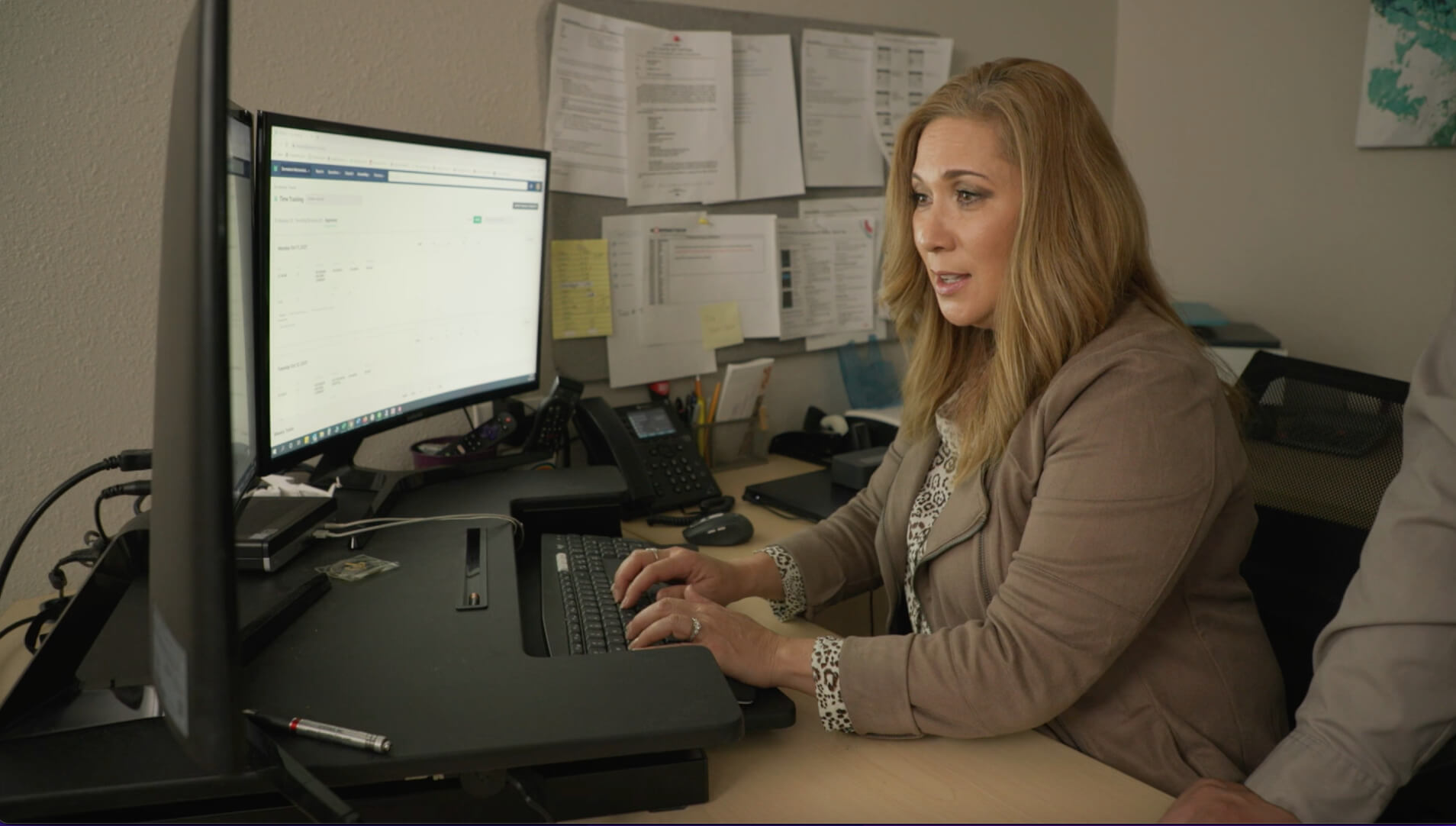 “The most surprising thing about using BuildOps was how user-friendly it is,” said Dorothy Natividad, Dormatech’s chief financial officer. “It’s definitely improved our business.”

The multiple systems were impossible to fully integrate, leading to inefficiencies and redundancies that inhibited the company’s ability to grow. Spotty Wi-Fi and cellular connections frequently interfered with technicians’ ability to communicate with the office, delaying new work orders and slowing other paperwork.

In response to these ongoing difficulties, Mark Mulholland, Dormatech’s president, and Dorothy Natividad, chief financial officer, made the adoption of an all-in-one, cloud-based software solution a top priority for the company. Over the course of a year, the Dormatech team tested several different platforms. Dormatech ultimately selected BuildOps, a fully integrated solution that empowers commercial mechanical, plumbing, and electrical contractors to effectively manage operations and field service on a single platform while maximizing efficiency and driving profitability.

“We went through a few different software systems,” said Mulholland. “There were multiple platforms that we tried unsuccessfully to integrate, which created many challenges.”

Technicians frequently could not send reports into the office or receive updated assignments because of software that relied on wireless or cellular connections instead of operating through the cloud. Disparate disconnected systems meant repeated effort and increased risk of human error across workflows, from dispatch and scheduling to quoting, invoicing, and accounting.

“What made BuildOps stand out was that it was cloud-based,” Natividad said. “Because it’s an all-in-one software platform, it encompasses and integrates every function, including quoting, dispatch, administration, and purchasing. The bundled package means BuildOps is more efficient and accurate than relying on multiple separate platforms.”

“The most surprising thing about using BuildOps was how user-friendly it is, and how easy the flow is working through each module,” said Natividad. “It’s definitely improved our business. We’re able to track jobs, track quoting and deploy field resources more efficiently, allowing us to protect revenue.”

“We’ve seen an increase in day-to-day operations efficiencies that’s going to add up to significant savings in time and energy over the course of a year. I would strongly recommend BuildOps to other companies in field service.”

Because of the ease of operability and accessibility, technicians readily adopted BuildOps in the field. “Our field team loves the BuildOps product,” Mulholland said. “It only took a few days for them to get up to speed. They’ve expressed appreciation for the ease of use and the ability to transition from smartphone to tablet, depending on the job. That functionality is an important feature in optimizing efficiency.

“BuildOps has also provided unparalleled support compared to other companies we’ve worked with,” Mulholland continued. “They worked with our team extensively to configure the software specifically for our needs and worked closely through onboarding. It’s been refreshing to have a team that supports us and answers our calls and emails in a timely manner.”

The results speak for themselves: In the company’s first quarter using BuildOps, Dormatech increased revenue by 50 percent compared with the same period the previous year and increased quoting output by 80 percent.

“It’s been an amazing experience,” Mulholland said. “We’ve seen an increase in day-to-day operations efficiencies that’s going to add up to significant savings in time and energy over the course of a year. I would strongly recommend BuildOps to other companies in field service. We see BuildOps as a strategic partner that can provide a backbone for our company and a platform for growth.”