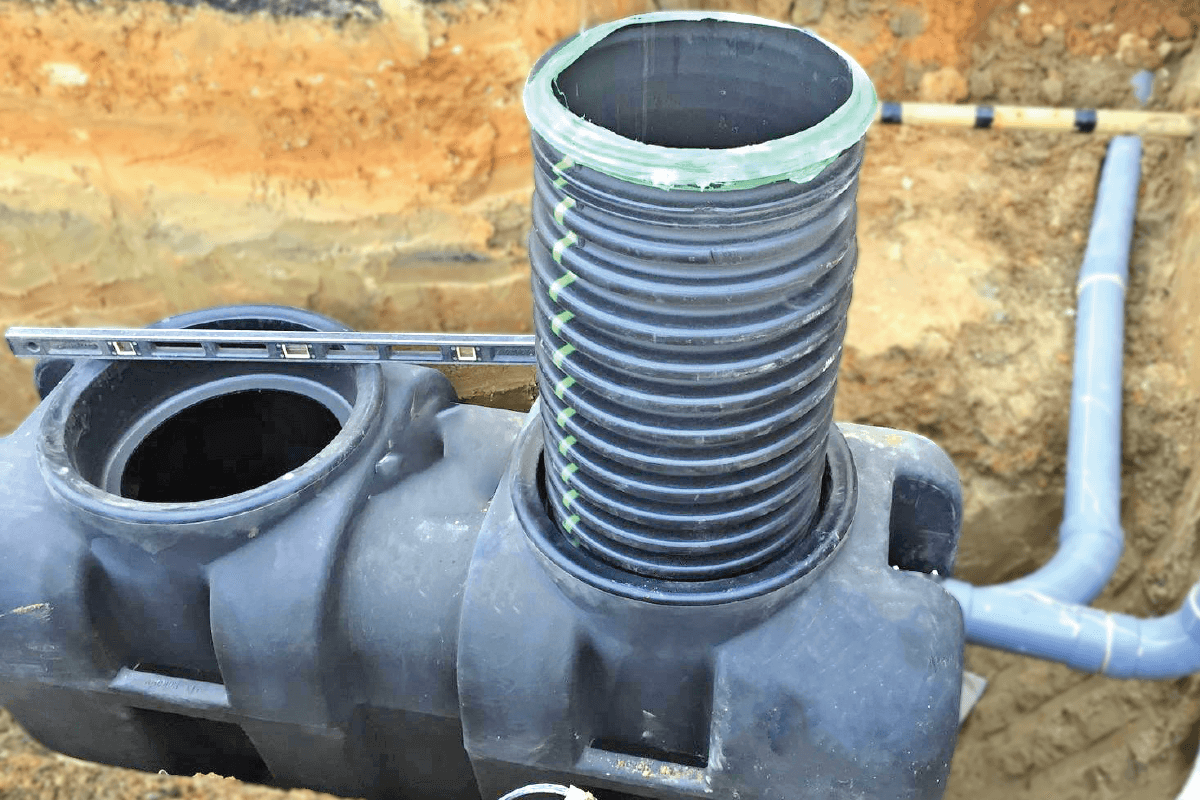 When Bayer’s Plumbing of Newburgh, IN, needed a modern grease interceptor solution for a local deli, they turned to MIFAB for a product that cost less and was much easier to install than traditional riser systems, according to Matt Pry, project manager. Because local regulators had been approving poly hydromechanical tanks, Bayer’s Plumbing proposed a MIFAB high density polyethylene (HDPE) interceptor for the long-time local dining staple EMGE Deli in Evansville, IN, winning the job.

Pry said that the MIFAB BIG-MAX 750 (75-gpm HPDE hydromechanical interceptor) product was the perfect fit. “It is a good product, well-built, with a better-than-competitive price point. The generic corrugated riser pipe really is what put it head-and-shoulders above its competitors in this space.”

Making the Move to HDPE

When MIFAB opened its doors in 1982, they had two products: access doors and interceptors. Today, interceptors are still a major part of the more than 14-division MIFAB brand. In 2010, MIFAB began getting requests for HDPE interceptors. After some research, MIFAB saw that HDPE made up a very small but rapidly growing share of the market, so they made the leap to HDPE. Today, MIFAB has the largest selection of plastic grease and specialty interceptors in the U.S. plumbing market. The fast growth of the market can be attributed to contractor demands for products that are easier to install and foresight by local jurisdictions seeking to protect the environment and their sewer systems.

With concrete and steel interceptors, it is not a question of if these units will fail but when. Steel units have an average life expectancy of seven years, and concrete units have an average life expectancy of 12 years because of the corrosive effects of the acid in the waste. MIFAB’s HDPE grease interceptors have a lifetime warranty, and they ensure that the waste will not be going into the ground or passing into sewer systems, where it can have a very detrimental effect.

The key to a grease interceptor functioning properly is separation speed and capacity. Gravity-fed interceptors use time-based separation, and it takes a lot of time for the grease to separate and float to the top of the tank. Hydromechanical units are flow-based, which means they use a flow control device at the inlet to slow the grease-laden material down so that it separates very quickly upon entering the tank.

Gravity-fed tanks must be pumped out when they are only a quarter full. After that point, the unit will start passing grease into the sewer system—a huge problem that can result in large fines for the owner. With hydromechanical systems, the unit can almost be full and still have excellent separation. Effectively, a smaller hydromechanical unit has more capacity than a gravity unit. As a result, the designer and the contractor do not need more space to install the larger tanks.

Steel units can be difficult to handle and can easily cause cuts to the hands. Inevitably, the seal on the interceptor will fail, which allows waste and odors to escape into the kitchen, resulting in a call back to the installing contractor.

Concrete tanks pose even bigger coordination issues. The contractor may need to rent a crane or schedule—down to the hour—when the boom truck will arrive. If the hole for the tank is not properly prepared, the truck will leave but still charge for the time. A typical 1,500-gallon concrete unit can weigh up to 15,000 pounds. On the other hand, a 1,500-gallon HDPE unit will only weigh around 1,500 pounds. These plastic units can be stored above ground on the jobsite and moved around easily with a fork truck or forklift.

Finally, manhole risers have always been an issue, because the contractor will generally not know the finished grade until the end of the project. At that point, the contractor must order custom-height risers that are expensive and require a long lead time to produce. MIFAB has a patented riser system that uses generic corrugated plastic pipe that can be cut to fit. The pipe is inexpensive and readily accessible from your local plumbing wholesaler.