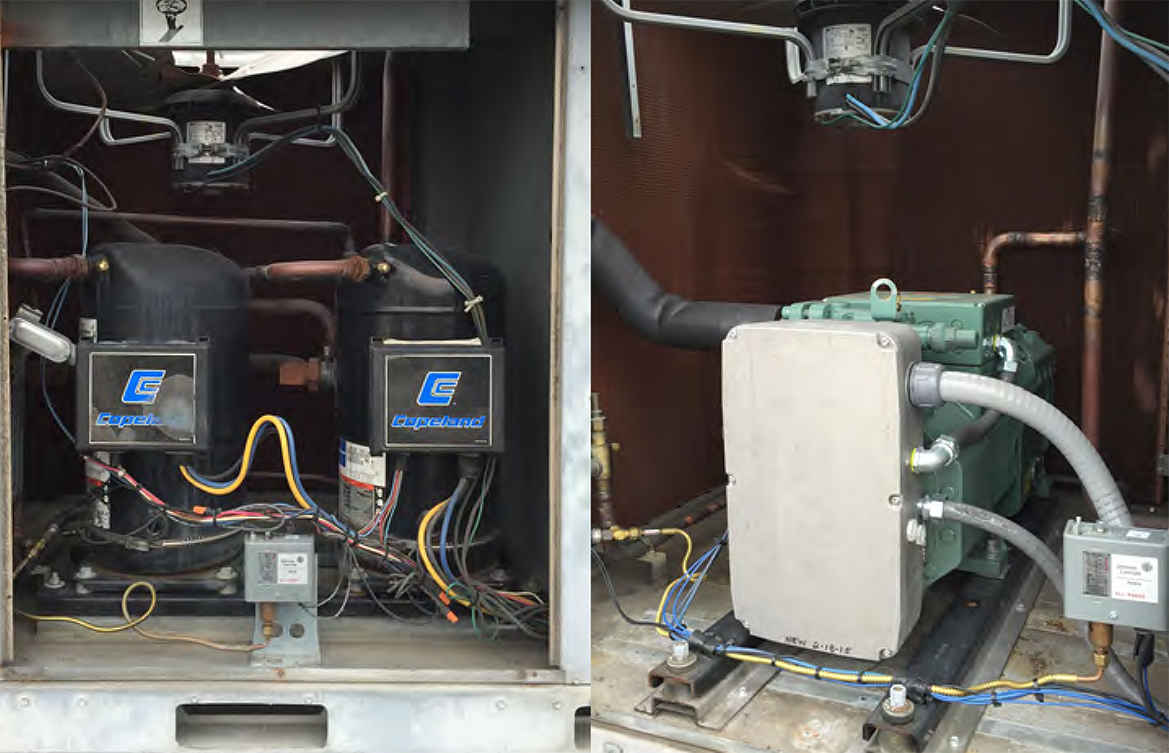 ACCO Engineered Systems replaced this tandem scroll set (before) with a single BITZER Ecoline Varispeed compressor (after), which was not only easy to install but also provided the quiet efficiency that the customer demanded.

When a major animation studio needed to replace a compressor and upgrade its systems, ACCO Engineered Systems took an unusual approach, replacing a tandem scroll set with a BITZER single semi-hermetic reciprocating 15-ton Varispeed™ model compressor with an integrated VSD. The new unit was easy to install and satisfied the customer’s demands.

The studio, based in Northern California, lost a 10-ton scroll that was part of a 20-ton circuit on a condensing unit that serves a projector room and 50 percent of a theater. Jay Blundell, ACCO’s project manager on this job, said the customer is very technology-driven, extremely conscious of noise and vibration, and concerned about energy savings.

ACCO has performed numerous retrofit upgrades, so the mounting, piping, and wiring changes were easy. The built-in, maintenance-free, suction-gas-cooled VSD is fully parameterized for easy commissioning, and the unit has been running quietly and efficiently for months. Blundell said the customer is pleased with the results, and he intends to use the Varispeed for other retrofit jobs.