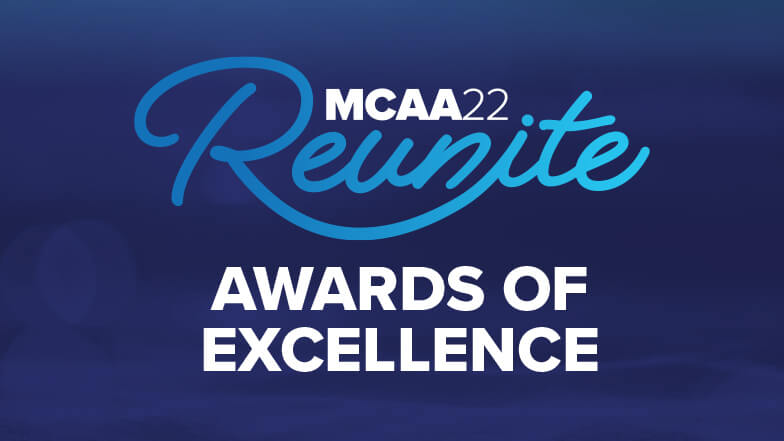 MCAA celebrated members’ and future professionals’ achievements during the MCAA Awards of Excellence on March 16, 2022. We welcomed our newest local affiliate, the Greater Boston PCA, and a new student chapter, the MCAA Student Chapter at SUNY Buffalo State College, sponsored by the Western New York Association of Plumbing and Mechanical Contractors. Two new scholarships also made their debut: the Thomas J. Wanner Scholarship and the DeWalt Patriot Scholarship.

MCAA President Armand Kilijian kicked off the morning’s events by congratulating everyone who participated in the Fun Run and Walk sponsored by ASC Engineered Solutions and the golf tournament sponsored by Victaulic and Carrier.

MCAA member firms that achieved the highest level of safety excellence last year were recognized, because there is nothing more important than the safety and health of the people on our job sites and in our companies. President Kilijian and Shawn Egan, Risk Control Specialist for CNA, presented awards to:

Don was chosen for his dedication to lead through engagement programs and his vision to never settle for anything but top-in-class results. He led his team using 11 different types of engagement programs that were focused on always keeping safety as a top culture priority through training and making safety personal which resulted in exceptional safety buy-in within his organization that reflected through this past year’s safety statistics.

President Kilijian was joined by Mark Rogers, President of the John R. Gentille Foundation Board of Trustees, who announced this year’s scholarship awards. Mark noted that, “The students receiving scholarships were selected for their academic performance, leadership skills, interest in developing a career in the mechanical industry, work ethic and technical abilities.”

Two new scholarships made their debut at MCAA22.

Amaya Caggino of the University of Maryland, College Park received the $5,000 Thomas J. Wanner Scholarship, a new scholarship in honor of our beloved and recently retired MCA of Cleveland exec, Tom Wanner, who focused tirelessly on labor relations, collective bargaining, education and training, legislation, and codes and business operations for over three decades at the association.

Abbie Raudabaugh of Indiana State University and Nathaniel Golus of Iowa State University each received a $5,000 DeWalt Patriot Scholarship designed to recognize veterans of the United States military who have valiantly served their country and have chosen to enter a career in the trades. Abbie is a Veteran and served in the United States Army, in the Military Police Corps. Nathaniel is a U.S. Navy Seabee Veteran.

Find additional information about JRGF scholarships on the JRGF website.

President Kilijian welcomed Andrew Palcan, the Chair of MCAA’s Career Development Committee, noting that, “Thanks to Andrew and his committee, our career development initiative is growing strong and laying the foundation for some great futures!”

President Kilijian encouraged MCAA member companies to submit Internship Grant applications when they hire interns, noting that these JRGF grants are for $1,000 to offset hiring expenses for the company, plus the intern will receive a $500 gift card. He added that two of these grants are available per company. Grant application forms can be found on the JRGF website.

He also noted that this fall there is yet another opportunity to meet your next GREAT employee: the MCAA GreatFutures Forum, September 29 – October 1 in Boston. The event now features a job fair.

Educator of the Year

President Kilijian said, “MCAA’s career development program is continually enhanced by the faculty members who teach many hours but also find time to partner with MCAA.”

He recognized Jacob Nelson of Missouri State University as the Educator of the Year, chosen for his mentoring, mechanical industry knowledge, chapter activity participation, and involvement and creation of student-focused networking opportunities with local mechanical contractors through their local MCAA chapter.

In addition to a trophy, Jacob received a check for $5,000 to show our appreciation.

Student Chapter of the Year

The Career Development Committee chose the winner after evaluating how well the chapter promotes an understanding of the mechanical industry and the career opportunities we offer.

With the honor MCAA also awarded a check for $3,000 to the chapter.

“MCAA received excellent written submissions from schools across the U.S. and Canada, but only four teams could move to the finals,” President Kilijian said by way of introduction to the Student Chapter Competition results.

Merit Awards and checks for $1,000 went to the six teams that just missed the finals. In alphabetical order, they are:

President Kilijian recognized Leisha Fernando of McMaster University as the Student Chapter Competition MVP (Most Valuable Presenter). She was chosen based on the audience’s vote and the input of the Career Development Committee. The honor included a $500 gift card.

As the runner up team, Missouri State University received $5,000 and invaluable experience.

With all the awards distributed, President Kilijian introduced special guest speaker Cris Carter, a football legend both on the gridiron and behind the sports desk who spoke about the challenges and triumphs of his storied career, his powerful recovery story and how to use life’s most challenging obstacles to emerge a stronger, better version of yourself.

Winger’s Productivity and Capacity Soar With Watts-Mueller Machines
Winger Companies tackled two challenges—the growing scale of its fabrication projects and a tight labor market—with Watts-Mueller machines that allowed them to do more with fewer people. General Manager Mike Smith said, “We increased our finished fabrications while cutting the cost of both consumables and manhours.” … 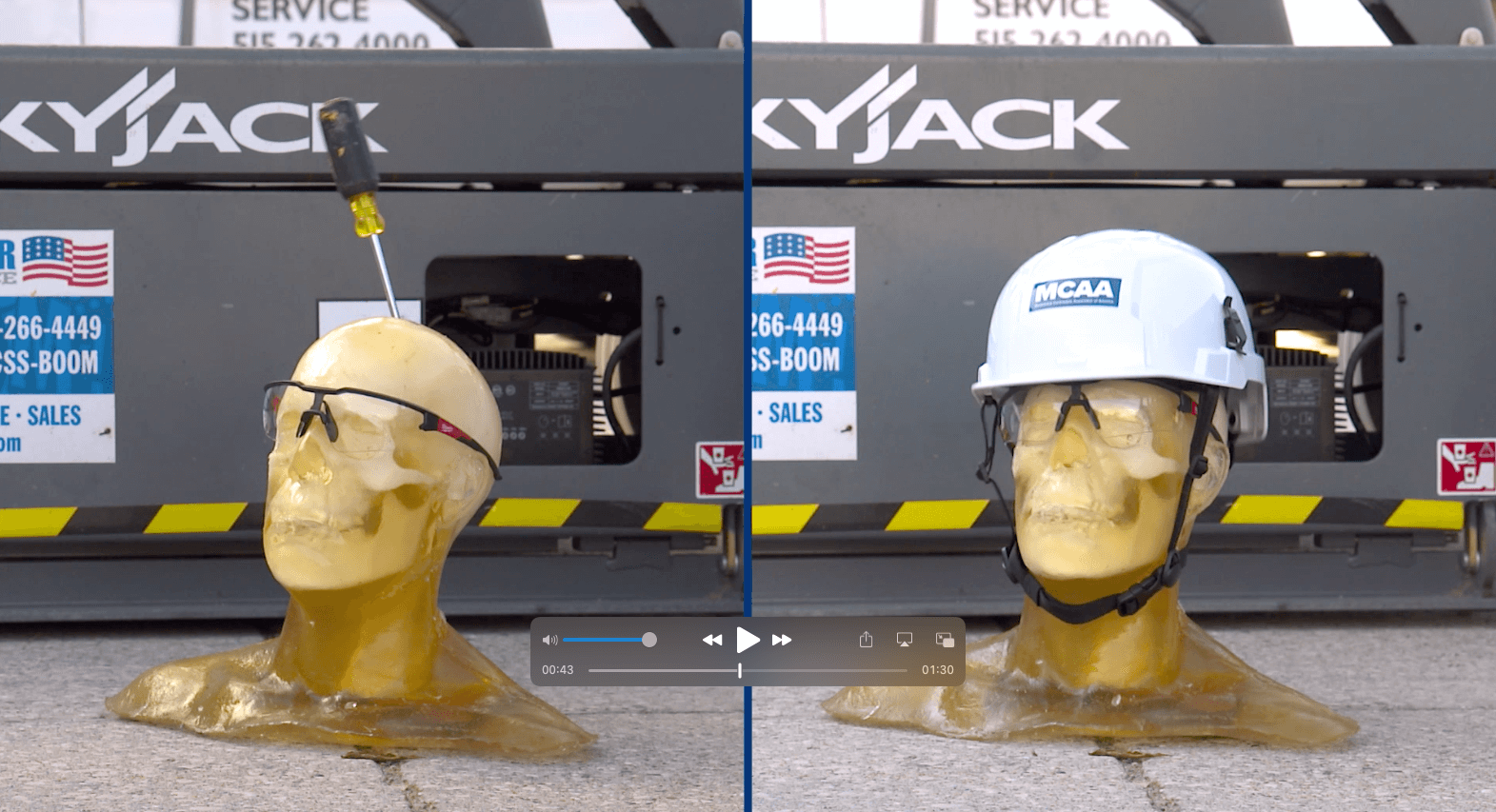 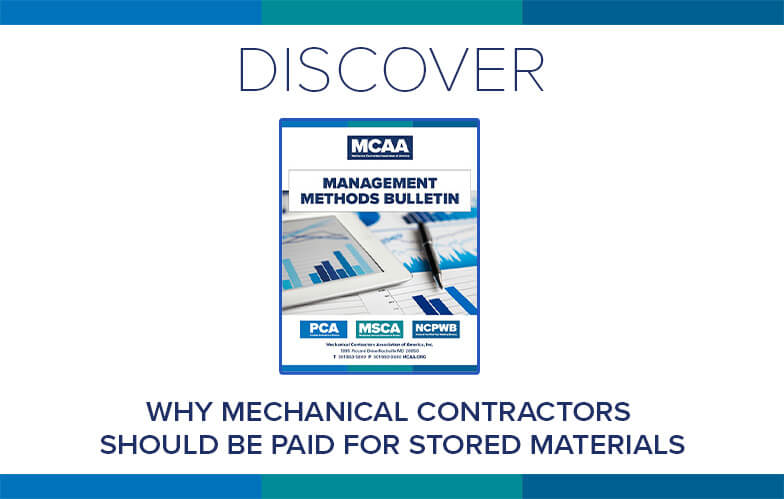 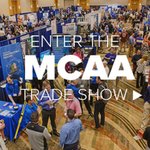 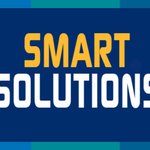 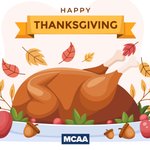