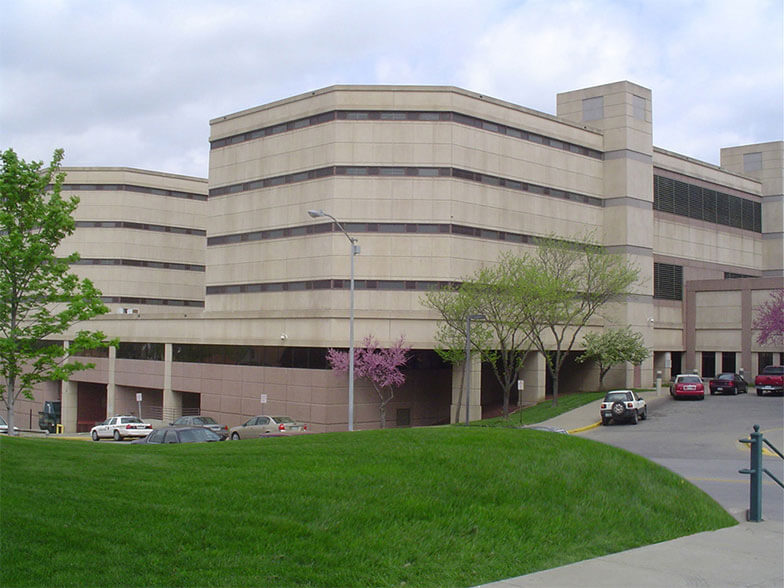 Lawhon explained, “With the installation of the ARMOR units with their SMART SYSTEM control, the facility managers here at the county jail can now adjust the firing rate of these units as opposed to using the 100-percent firing rate on their old water heaters. The ARMOR units will fire at the rate needed to keep the water supply at the right temperature—and energy bills where they should be.”

Kansas City-based Lexington Plumbing worked with Lochinvar to design an installation that would provide the utmost advancements in energy efficiency for the Wyandotte County Jail. With its ability to deliver thermal efficiencies as high as 98 percent and its turndown ratio of 5:1, the fully modulating ARMOR Condensing Water Heater was the ideal fit for the job.

The facility’s original system was comprised of two 70-percent efficient water heaters tied into a vent that extended up through the building. The Lexington Plumbing team removed the old units and installed two 800,000 BTU per hour ARMOR models, stacked with two 500-gallon insulated storage tanks to provide maximum savings. With ARMOR’s flexible venting options, the new units could be vented directly though the sidewall of the building.

Lochinvar’s SMART SYSTEM interface provides complete control of the system’s entire range of functions, offering full access to performance data and history. The SMART SYSTEM operating control also features a built-in cascading sequencer that allows the two ARMOR units to work together to fire as low as 10 percent of total maximum input and smoothly modulate up to 100 percent as demand increases, keeping operating costs to an absolute minimum.

Adding to the energy savings, the SMART SYSTEM’s night setback feature can be preprogrammed to shut off or slow down when the jail is less occupied. In addition, SMART SYSTEM enables ARMOR to communicate seamlessly in real time with building management systems by using an onboard Modbus protocol.

The unique ARMOR design also protects against the harmful effects of lime scale buildup, which can cause a traditional water heater to fail in as little as two to five years and substantially increase operating costs. For example, just 1/4″ of scale in the tank can increase operating costs by as much as 25 percent. Because ARMOR heats the water and then deposits it in an unfired storage tank, lime scale buildup does not impair the heat transfer efficiency.

Following the installation, facility managers were extremely pleased with the increase in efficiency delivered by the two ARMOR Condensing Water Heaters. “The facility management team at the Wyandotte County Jail was initially attracted to the fuel savings attributed to the Lochinvar units, and they haven’t been disappointed,” said Tom Axtell, president of Lexington Plumbing. “Having a highly efficient system is vital for a facility that uses this much hot water on a daily basis, and they will be able to pay back the cost for the new equipment in two-and-a-half to three years. Now that this project is completed, the facility personnel told us they wish they would have upgraded sooner.”