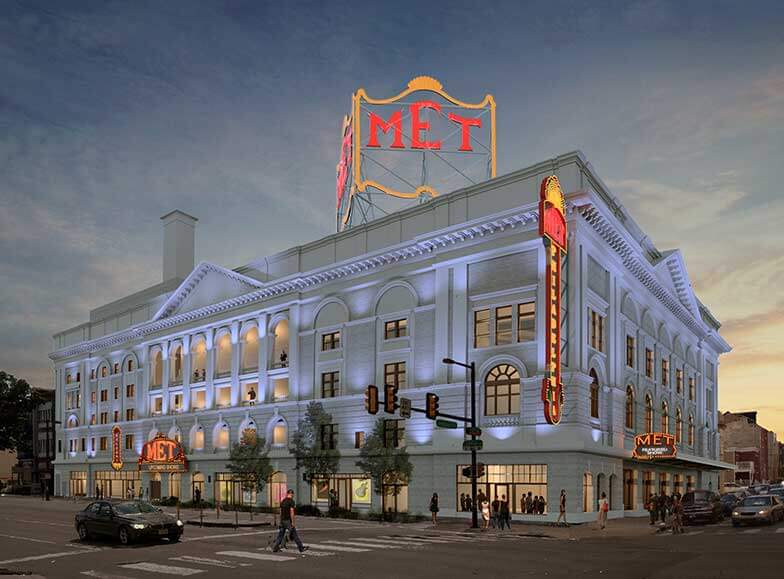 The historic Philadelphia Metropolitan Opera House has been reborn as a performing arts venue. Devine Brothers helped ensure the renovation was done quickly and safely by using Viega ProPress fittings for the plumbing.

Anticipating the challenges that historic buildings pose, mechanical contractor Devine Brothers, Inc. made sure that Viega ProPress was part of the plumbing design for the renovation of the Philadelphia Metropolitan Opera House (MOH) from the beginning.

“This is an old building,” said Rich Devine, president and CEO of Devine Brothers. “We didn’t want to use torches and have to worry about soldering or fire watch. There are plaster ceilings, too, and it’s a lot easier to get a pipe in there and press instead of getting your hands in there in the nooks and crannies in the walls to have to solder.”

Devine continued, “ProPress makes sense because there’s the risk factor of soldering in an old wood building. Plus the speed is a big advantage.

“Our estimating software recognizes a 10–15 percent savings [with Viega], and when you get a job with large mains and large runs like this, it can go higher,” said Devine.

Devine Brothers had previously worked with the co-owner and developer of the MOH and was brought in for the plumbing design for the massive building. They started work in October 2017 on the building, which opened in December 2018. Devine Brothers uses ProPress wherever they can. For the MOH, they used fittings ranging from 3/4″ to 4″ in size and sometimes had as many as 12 crew members on the project at one time.

About 15,000’ of copper pipe was run in the MOH for domestic water. In such a huge facility—it seats 3,500—there was a lot to plumb. “There’s a kitchen, multiple bars, and with five floors, there are a lot of bathrooms,” Devine said.

The entire building has undergone a massive restoration and renovation process. Because the MOH has been on the National Register of Historic Places since 1972, crews were careful to keep the building “bones” in place as it was renovated.

The MOH was built in 1908, in just a few months, by Oscar Hammerstein. The largest theater of its kind in the world at the time, it was originally home to Hammerstein’s Philadelphia Opera Company but was sold to the Metropolitan Opera House of New York City in 1910 and renamed. Various opera companies used the building through 1934. For the next five decades, it was in constant use as a movie theater, a ballroom, a sports venue, and a church.

Vacant from 1988 to 1995, the building was declared imminently dangerous by city building authorities but was saved from demolition when it was purchased by a reverend to become the Holy Ghost Headquarters Revival Center. The church would spend millions of dollars attempting to stabilize the structure.

A co-ownership agreement was reached between the church and its current developer in 2017, when Live Nation signed its lease agreement to bring concerts to the revitalized opera house. The MOH reopened on December 3, 2018, with a concert by music icon Bob Dylan.

For more information, visit www.viega.us. MCAA thanks Viega for being a benefactor of MCAA19 and sponsoring the student chapter activities.