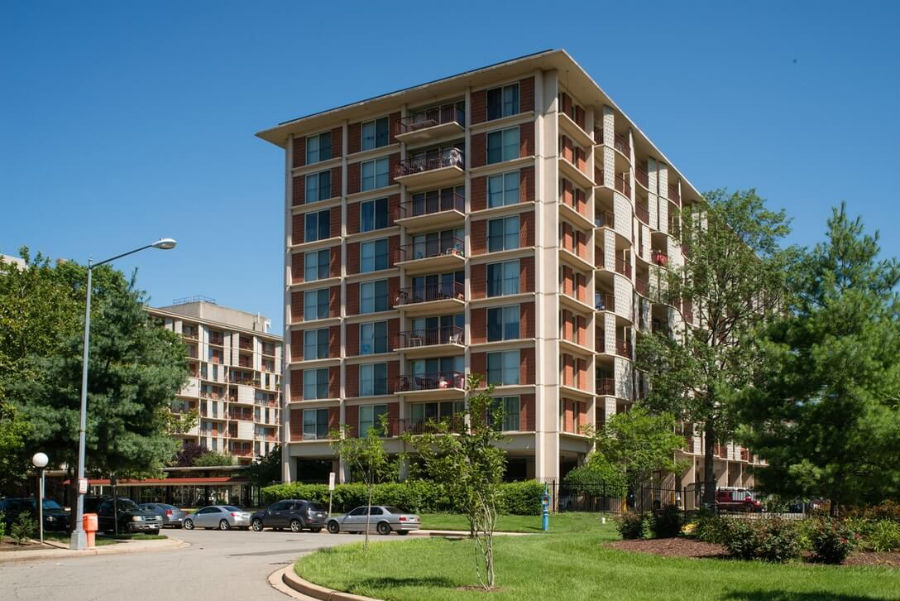 Thanks to an upgrade to Daikin chillers, residents of the 1960s-era buildings at Capitol Park Plaza and Twins in southwest Washington, DC, got more comfortable, energy-efficient apartments and owners received a $62,000 rebate from the local electrical utility.

Owners of a Washington, DC, apartment complex undergoing renovation selected Daikin products for their reliability and energy-saving potential. The choice not only improved comfort and energy efficiency in the buildings but also netted a $62,000 rebate from the local electric utility, enhancing the owners’ return on investment.

The renovation involved 648 apartments in three 1960s-era buildings at Capitol Park Plaza and Twins in southwest Washington, DC. At nearly 20 years old, the four screw chillers serving the complex were near failure and no longer providing redundancy. “When looking at capital improvements, my goal is to try to maximize return through savings,” said Brian Wilson, owner with Capitol Park Apartments LP in Middleburg, VA. “I needed research. In looking at who did what, it became clear Daikin had our solution with its magnetic bearing technology.”

As an owner, Wilson appreciated touring the Daikin factory in Staunton, VA. “The entire Daikin organization is first-class, and it was validating to see the production of the chillers. Daikin has far and away the best technology, but also probably is the best organized group of people I’ve ever worked with,” he said. Wilson was impressed with the digitally controlled magnetic bearing system on the chiller compressors, which reduces maintenance costs. He also knew the variable frequency drives (VFDs) on the chiller’s dual compressors would contribute to significant energy savings over standard centrifugal chillers.

“The entire Daikin organization is first-class, and it was validating to see the production of the chillers. Daikin has far and away the best technology…”

For example, the two Magnitude chillers in the Plaza building can communicate with each other, so only one compressor on each of the chillers needs to be operated. The system can also easily be adjusted to meet the reduced demands of unoccupied spaces in the apartments during the day because of the VFDs.

Daikin Service Group provided installation and start-up of the chillers and air handlers, beginning in November 2014 and working in stages across the three buildings. Installers had limited access to the lower-level mechanical room, which required disassembly of the chillers prior to installation, including draining of the refrigerant system.

Daikin’s turnkey solution included a complimentary subscription to energy management software that allows the owners to remotely monitor the performance of their buildings at Capitol Park.

The chillers have been fully operational at Capitol Park since April 2015. “I think everybody has seen the improvement on the consistency of comfort,” said Wilson. “Before, in really hot months, on the higher levels of the buildings, the old chillers couldn’t cool enough. We don’t have that problem anymore with the Daikin chillers.” Wilson frequently monitors electrical usage of the entire complex through the energy management software portal and values the access to actual consumption data, which allows him to audit bills from the electrical utility. “The ability to manage your costs on a real-time basis is quite significant, and it’s really helpful from an environmental standpoint to see how you stack up against the rest of the country,” he said. Wilson pointed out that the new Daikin chillers have reduced cooling consumption by about 10 percent over the former chillers.

With the Daikin chillers, air handlers, lighting replacements, and other energy improvements, the Capitol Park complex is 15–20 percent more efficient than similar buildings across the country. The energy-efficient chillers have contributed to impressive energy savings. Calculations by the energy management software over two periods (totaling about eight months in the 2015 and 2016 cooling seasons across the complex) reveal consumption savings of 550,160.39 kilowatts per hour (kWh), reflecting electric utility cost savings of $53,430.63—the carbon equivalent of taking about 81 cars off the road. Owners expect even greater savings once an upgrade is made to a cooling tower.

Based on the kWh savings of new HVAC equipment, owners received a $62,000 rebate from the District of Columbia Sustainable Energy Utility, which further accelerates the owners’ return on investment in the new chillers.

For more information, visit www.DaikinApplied.com. MCAA thanks Daikin Group for being a benefactor of MCAA 2017 and providing beverages on Wednesday evening.