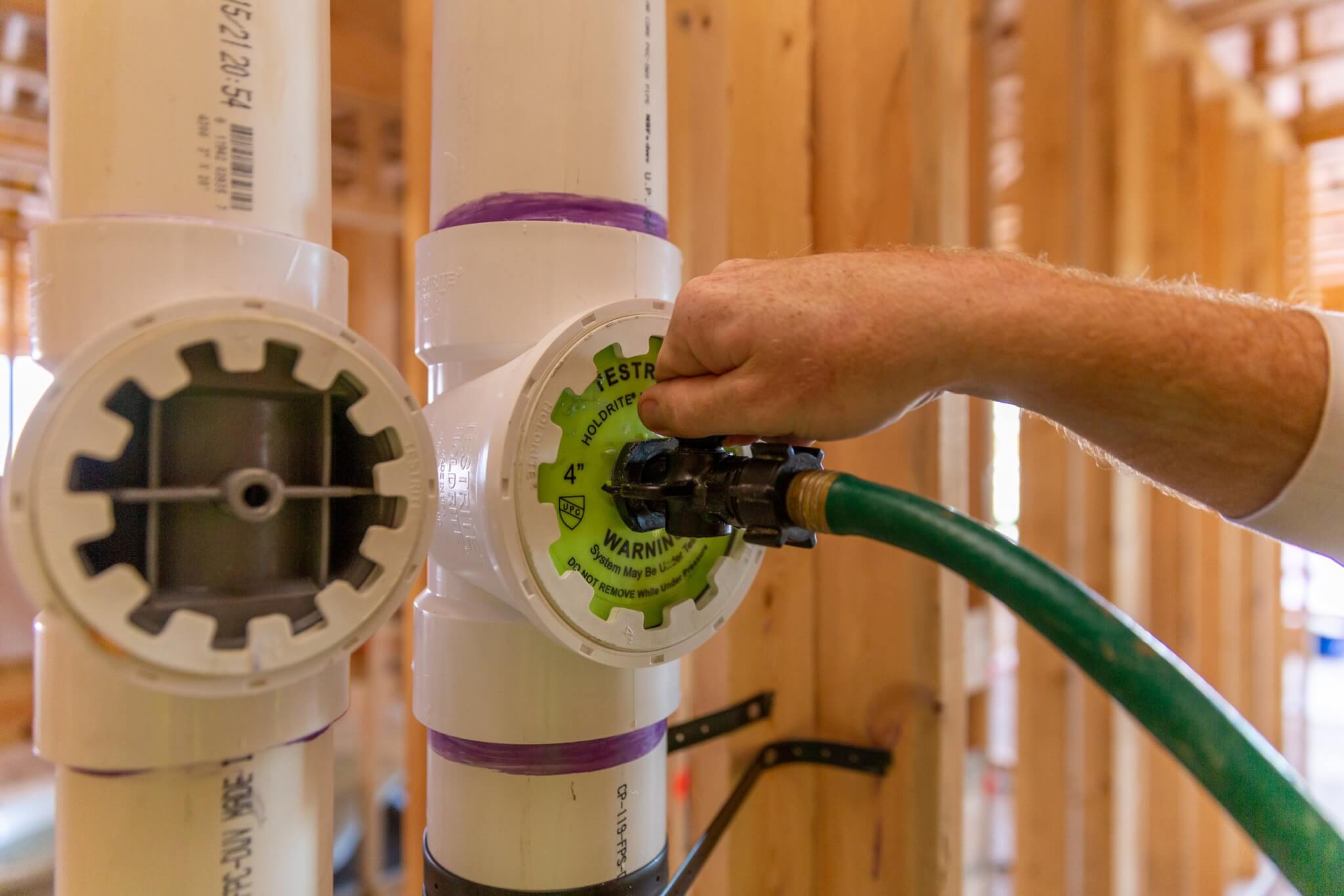 Modern methods for DWV testing for new pipe installations, such as HoldRite’s TestRite system from RWC, are faster, easier, and safer than the traditional approach using inflatable test balls.

For decades, plumbing contractors have used inflatable or plumbing test balls to perform drain, waste, and vent (DWV) testing for new pipe installations, as required by plumbing code. But those traditional DWV testing systems often slow the plumber’s job down and can put them at risk of physical harm. In today’s world of labor shortages, plumbers and contractors need the best technologies available to get the job done efficiently and safely.

To address the common challenges of working with traditional DWV testing systems, new products have entered the scene, such as test wedges that integrate with permanent test tees, which increase productivity, improve cost savings, and enhance safety on the jobsite—all while remaining code-compliant.

The DWV testing method of using an inflatable test ball system is a tedious process and can create jobsite delays. The test ball process includes first having to insert and inflate the ball without rupturing it, adding water into the upper piping system until it reaches the upper terminal, and then checking for any escaping water.

When the entire DWV testing process is completed, a leak may be discovered, which becomes a costly situation due to the extended hours and labor needed to repair it. And with inflatable test balls, there is not an option to let some water out of the pipe to fix the issue. You must drain the entire test water, repair the leak, and begin the process over. With a test wedge, plumbers can conduct partial tests, draining the pipe where needed, which reduces unneeded repetitive work, saves water, and provides more flexibility.

Finally, an inspector is called to sign off on the permit, and you deflate the test ball. If the building is multistory, that is even more time spent, since you will need to complete the process for each floor.

With available products on the market, such as HoldRite’s TestRite system from RWC, you can save time by using technologies that are designed to make your job easier. This solution helps streamline DWV testing:

Whether you are performing a test or fixing a leak from a traditional inflatable device, the usual method will always cost you extended hours and labor. Modern testing methods not only streamline workflow but may even save on expenses in other ways:

One of the most significant facts to note about the traditional plumbing ball testing method is it can expose contractors to all the Occupational Safety and Health Administration (OSHA) “fatal four” top causes of worker fatalities: falls, electrocution, being struck by an object, and being caught in or caught between objects or machinery.

When looking to purchase a DWV testing system, look to manufacturers that provide products that meet plumbing code requirements, such as TestRite:

By using updated methods of DWV testing, you can avoid plumbing test balls failing during placement, inflation, and removal. And by using products that address the limitations of outdated testing methods, you can save time and money on the jobsite, all while keeping yourself and your team safe.