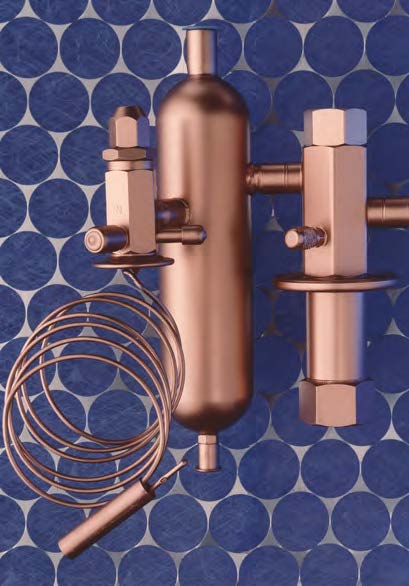 Since The Warko Group installed the Rawal Devices’ APR Control, Angiotech’s cleanrooms are finally maintaining optimal temperature and humidity for production. The device allows an air conditioning system to dehumidify without overcooling.

Pharmaceutical specialty and medical device manufacturer Angiotech had tried almost everything to keep humidity levels in its cleanrooms just right, but only the APR Control from Rawal Devices, Inc. was up to the task. Since The Warko Group installed the device, Angiotech has maintained humidity and temperature in its cleanrooms well within required specifications.

Too Damp or Too Dry

Before installing the APR Control, John Garbini, facility support manager for Angiotech, had been stuck with a nagging problem: When the humidity in the plant’s ISO Class-8 cleanrooms was not too high, it was too low. He had tried dehumidifiers. He had tried a large industrial desiccant unit. Balanced dampers? Reduced air pressure? Been there, done that. Angiotech uses its Reading, PA, plant to assemble and package sterile, disposable scalpels and surgical needles with attached sutures. High humidity in the cleanrooms could not only encourage bacterial growth, it could prematurely degrade a type of moisture-activated suture that is designed to slowly dissolve in human flesh after the surgical incision heals. Low humidity, on the other hand, promotes static electricity, which interferes with computerized packaging and labeling equipment and gives employees small shocks.

“Temperature and humidity swings were normal,” Garbini recalled.“Our employees were either too hot or too cold. It was a challenge to maintain the proper temperature while still dehumidifying the space.The air-handling compressors were constantly slamming on and off, but the main problem was that I could never get the humidity low enough to stay within our specs, which are more stringent than the federal cleanroom standards.”

The APR Control from Rawal Devices “made such a significant impact that we installed another one in the air handler for the other cleanroom.”

Bob Reichenbach, service manager for The Warko Group, had been recommending the APR Control device for years, but Garbini had not found room for one in his budget. Finally, he purchased the device along with a new air handler for the troublesome cleanroom (the one where the needles with moisture-activated sutures are packaged). It was installed in late December, when the plant was shut down for the holidays. At last, Garbini was able to keep the room at 20–50-percent relative humidity regardless of the weather outdoors. (He calls the device “Little Pauly” after Paul Gardner, the amiable Warko Group mechanic who installed it.)

The APR Control smoothly modulates a direct-expansion air conditioning system’s capacity,allowing it to dehumidify the space without overcooling it. The device varies refrigerant flow according to suction pressure, which changes with the temperature of air crossing the evaporator coil. Because it continuously monitors the heat content of return air, it maintains the system in a dehumidifying mode more efficiently than thermostats and humidistats and without risk of coil icing, liquid slugging, or excessive compressor cycling.

“The APR Control is running great, with no problems at all,” said Garbini. “It made such a significant impact that we installed another one in the air handler for the other cleanroom in May.”

Garbini continued, “We’re now maintaining humidity and temperature in both rooms well within specs, our employees are more comfortable, and I’ve even seen a decline in the electrical energy consumption.”

To allay any doubts that the improvements from the first installation could be attributed to the device (rather than the brand new air handler) and to demonstrate its effectiveness, Reichenbach persuaded Rawal Devices President Richard Rawal to donate the second unit. The results were enough to finally convince Angiotech’s upper management. Garbini recently ordered a third device for the finishing department, where the needles and blades are polished, cleaned, and washed before going to the cleanrooms for assembly and packaging. Though not an official cleanroom, this area requires frequent air changes, HEPA filtration, and, of course, stable levels of temperature and humidity.

A typical HVAC system is designed for a sunny 95º day with 95-percent relative humidity. On cooler days, because the system has more capacity than it needs to satisfy the actual load, it tends to cycle on and off. When it shuts off, the humidity increases, causing the room’s occupants to feel uncomfortable even when the temperature is within the desired range. Occupants tinkering with the thermostat only make things worse.

The device improves an HVAC system designed for on/off operation by allowing it to “track” the load—that is, to operate at the same capacity as the load. In other words, a compressor pumps only what it is rated for, but the APR Control “de-rates” the evaporator coil for a reduced load.

In a system equipped with the APR Control, even if a filter is clogged or a belt malfunctions, coil temperature never falls below freezing. With no coil icing, the building is spared the water damage often caused by melting coil ice. The device is also used for high-percentage (up to 100 percent) makeup air systems, reducing the cycling caused by wide variations in the temperature and humidity of outside air.