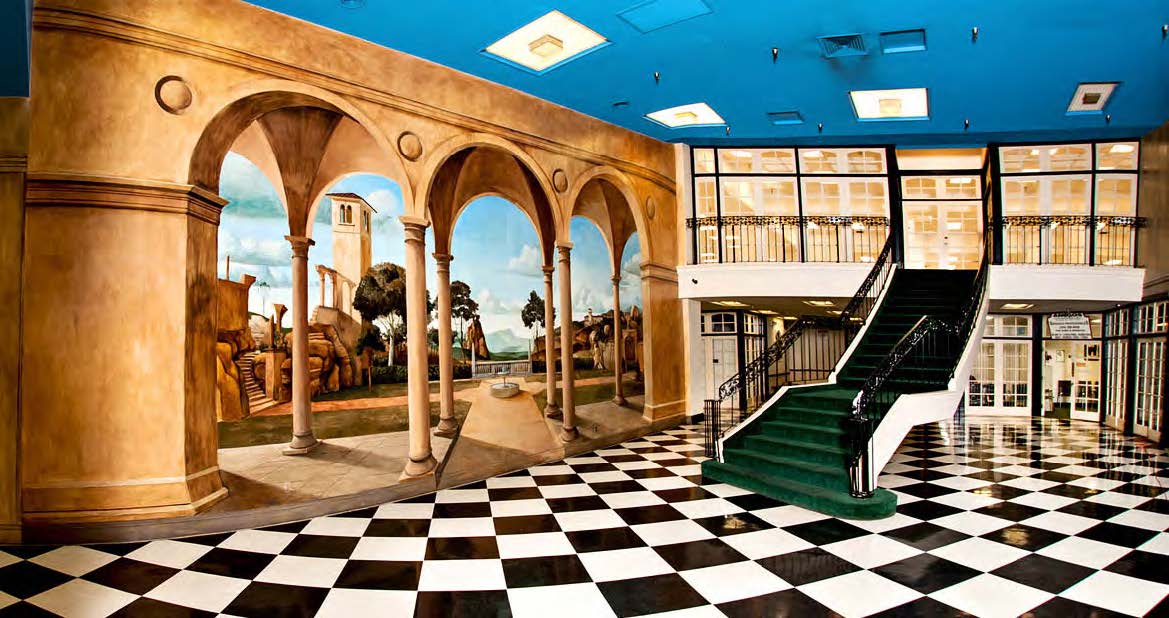 Built in 1923, the T.W. Patterson Building was the first multistory U.S. building to install air conditioning. To upgrade the system, NESM chose the compact Daikin Magnitude chiller to fit the tight spaces of the historic building.

“Both NESM and Patterson building ownership are passionate about downtown and have long histories here in Fresno,” said Jim Boone, president of NESM. “Our firm is very familiar with Daikin and has the experience required to bring the historic Patterson building this state-of-the art chiller technology.”

State-of-the-Art, Then and Now

The Patterson building was the first multistory building to feature air conditioning in the United States back in the 1920s. The recent HVAC upgrade was a chance to show advanced technology and problem-solving at its finest. The eight-story building houses nearly 152,000 square feet of office space along Fresno’s Fulton Mall on Tulare Street.

The audit provided owners with an extensive analysis of energy usage and equipment options based on the type of chiller. “We visited the site a few times in early 2015 and our work included helping the owner evaluate options for the chiller’s replacement using a new air-or water-cooled chiller, or whether to refurbish the existing chiller,” said Ignacio Robles, P.E., senior program manager and energy consultant, on behalf of the Central Valley BETU program. “Our 20-year payback analysis showed a water-cooled chiller would be about half the cost of a typical air-cooled chiller, saving ownership about $1 million versus an air-cooled chiller.”

T. W. Patterson Partnership evaluated a number of proposals from equipment suppliers and ultimately decided to stay with a water-cooled solution with the same manufacturer while upgrading to state-of-the-art technology. “A major driver for us was we were extracting water, cooling our systems down, and discharging our water. We weren’t ecofriendly, so we decided to put in a closed-loop system with the new Daikin Magnitude chiller and add a cooling tower,” said Rick Roush, general partner for T.W. Patterson Partnership in Fresno.

“We started the process of working on the project in spring 2014 while the owner reviewed options,” said Eric Dinneen, Daikin Applied representative in Fresno. “Without a doubt, the energy savings of the magnetic-bearing chiller put the decision over the top. It was also selected for its compact design.”

The 284-ton capacity Magnitude chiller serves 92,000 square feet of office space at the Patterson building. “The whole package with the Daikin chiller offered much greater savings and operating efficiency than with the closest competitor,” Roush said.

“The Daikin magnetic-bearing technology was so intriguing to us, the gravity feed, the lack of friction, no oil, and the quiet operation all made so much sense” Roush continued. “The PG&E/City of Fresno program showed us an average compilation of how efficiently the chiller would run, with even greater savings when used in tandem with the dual compressors.”

A number of upgrades to the building were required to accommodate the Daikin Magnitude chiller. “It was really important for us to maintain the history and integrity of the building. Part of the challenge was that there were no mechanical drawings available for the existing system, which added a discovery component to the project,” said Richard Walker, account manager for the mechanical solutions team at NESM.

In spring 2015, temporary cooling was located outside the building in a semi-trailer, and preparations were made to replace the existing chiller located in the mechanical room off the underground parking ramp. “Low clearances in the building presented installation challenges. Routing of the condenser water pipe to the second story roof was a critical part of the installation,” Walker said.

The cooling tower was installed on the second-floor rooftop, and 200 feet of eight-inch condenser water supply and return piping was installed, running from the chiller across the parking garage and up to the cooling tower. Chilled water piping was connected to the existing piping in the lower level. NESM also provided controls integration with the existing building automation system (BAS) and installed a refrigeration alarm system with an exhaust fan to provide fresh air in the event of a refrigerant leak.

“One of the most difficult challenges of the entire project was getting the old chiller out of the building and navigating the tight spaces in the underground parking garage. The ramp has about a 15° angle,” said Chuck Cox, project manager with NESM. Casters, fabricated by NESM to accommodate the 15,000- pound weight of the old chiller, were used to pull the chiller out of the underground parking garage with low-clearance forklifts at each end.

On the same day the old chiller was removed, the 11,000-pound Magnitude chiller was disassembled, which required draining of the refrigerant system. The dual compressors were stacked on the same caster system, transferred down the ramp, and maneuvered into the lower mechanical room. The chiller is situated in the same location as the former chiller, near the original 1926-era air conditioning system, which remains in the building.

Wayne Wimer, building superintendent at the T.W. Patterson building, worked closely with NESM to facilitate the required changes and oversaw those made directly by building owners. To accommodate the new chiller, owners made additional investments that included removing a wall and relocating two electrical panels as well as installing a step-up transformer and new circuit breakers to meet the voltage requirement of the new chiller.

“Most buildings are now wired to 480 voltage and have transformers located outside their buildings. Because our building is wired to 208 voltage, we had to have a dedicated step-up transfer installed near our extra circuit breakers in the mechanical area to accommodate the new chiller,” Wimer said.

Installations, including piping and ductwork, were completed in June, and by July 1, 2015, the new equipment was up and running. Wimer noted, “It’s very interesting to walk into our basement and have the very oldest and very newest in chiller technology.” Wimer is among many who appreciate the quiet operation of the chiller. Every morning, he checks the Magnitude chiller performance data and also monitors the system through the facility’s BAS system on a PC and tablet. “The new chiller has made a big difference in our occupant comfort and level of control across our 33 thermostats in the building.”

As a result of the new Daikin Applied chiller system, the building’s mechanical systems are more sustainable, resulting in significantly less water and electricity use. Prior to the chiller replacement, the Patterson building’s annual electric bill was approximately $200,000. Now, with the new Magnitude chiller, Roush estimated electrical costs have been reduced by 25 percent. This equates to roughly 355,000 kWh saved per year, or a 162,000-lb reduction of CO2 emissions per year.

The Patterson building is set for a new era as downtown Fresno continues to revitalize. The Fulton Mall is currently undergoing a major renovation, thanks, in part, to federal Transportation Investment Generating Economic Recovery funding, with completion expected by late 2016.

For more information, visit www.DaikinApplied.com. MCAA thanks Daikin Group for being a benefactor of MCAA 2016 and providing beverages for the closing dinner.