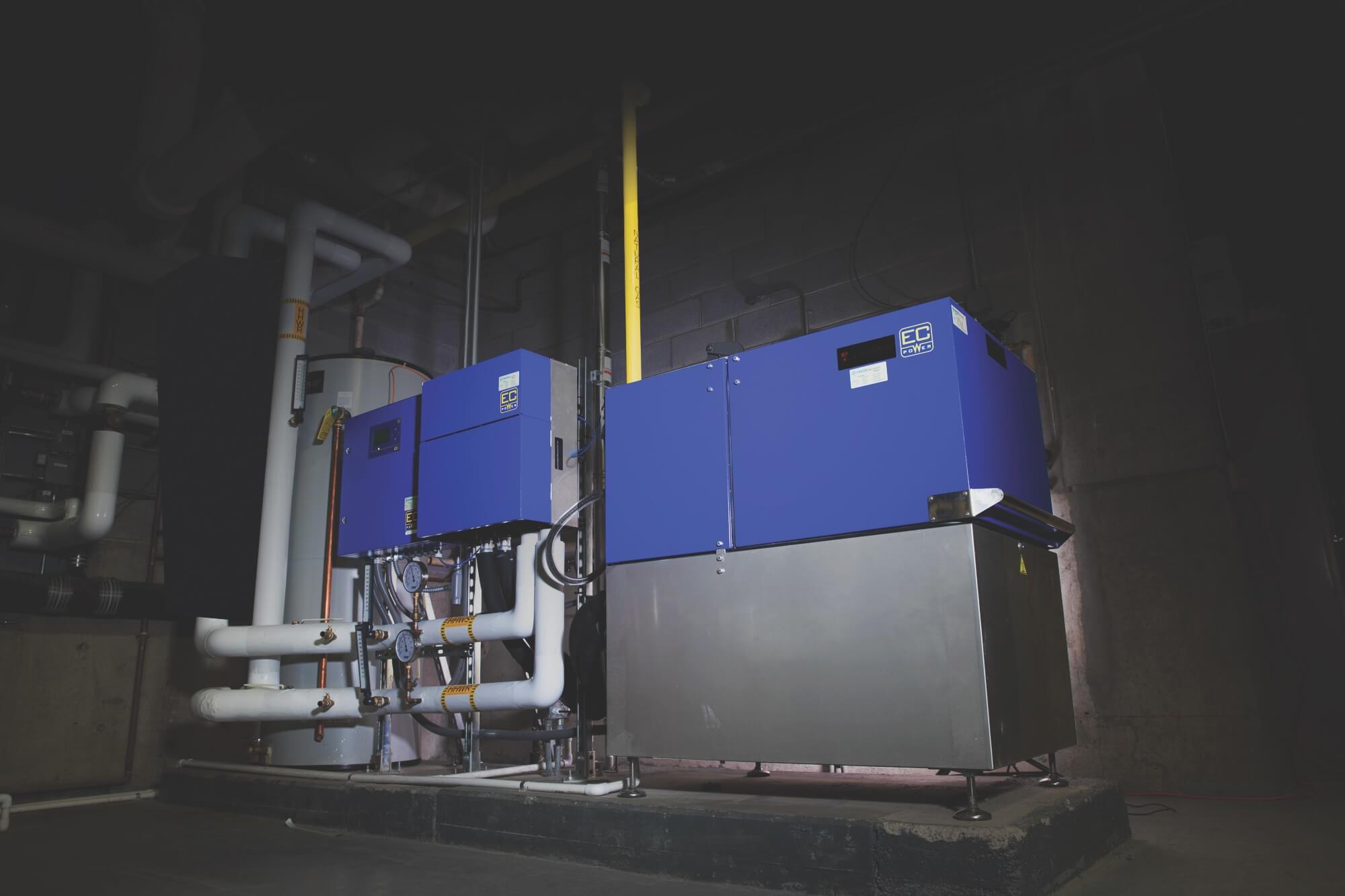 FLCC has served upstate New York for more than 50 years. Annual enrollment is about 6,000, and most students attend classes at the 250-acre main campus in Canandaigua, NY. FLCC Forward, the school’s strategic plan through 2023, emphasizes FLCC’s commitment to “pursue innovations and partnerships that show the greatest promise for building a culture of sustainability and continuous improvement that mirror our values of inquiry, perseverance, and interconnectedness.”

After a visit to Lochinvar, Ahern and Coe decided to integrate the company’s Micro CHP XRGI25 cogeneration system into the capital project to increase savings further by connecting the school’s domestic hot water system to its space-heating hot water loop. Adding the cogeneration system allows FLCC to generate electricity onsite. FLCC received a $17,000 design/build incentive from New York State Energy & Gas, the first incentive ever given for a cogeneration project in the utility’s history.

The college removed its two old boilers and replaced them with two Lochinvar KNIGHT 399,000 BTU/hr high-efficiency boilers and two hot-water storage tanks. The Micro CHP system was then piped in, prioritizing domestic hot water while also supplying space heating for nearly 500,000 square feet of campus buildings. The Micro CHP system uses natural gas to simultaneously create heat for hot water and electricity that can be used on the campus. This capability is particularly important in regions of the country where there is a wide “spark spread”—the difference between the low cost of natural gas and the high cost of local electricity. By relying on the high-efficiency KNIGHT boilers during periods of peak demand, the system provides all the hot water required at the school. Simultaneously, it generates electricity to reduce grid dependence and lower electrical costs by using the same fuel used to produce hot water.

“The Micro CHP cogeneration project demonstrates FLCC’s commitment to the sustainability and energy-saving goals that are central to our FLCC Forward strategy,” said Ahern. “Adding the Micro CHP system along with the KNIGHT boilers will help FLCC achieve significant savings long term by improving the efficiency of both space heating and domestic hot water delivery while simultaneously generating electricity on campus,” said Coe. EMCOR Services-Betlem estimated that the school will reduce its annual electric bill by $11,074 per year by generating electricity onsite with the Micro CHP system. Cogeneration projects typically have a return on investment payback time of four years—sometimes significantly sooner if the business is located in an area with a high spark spread.

The cogeneration system is the first commercial product released in Lochinvar’s partnership with EC POWER, Europe’s leading producer of combined heat and power plants. The partnership aims to meet the fast-growing need for cogeneration products that can reduce the environmental impact and electricity costs for commercial businesses across North America.