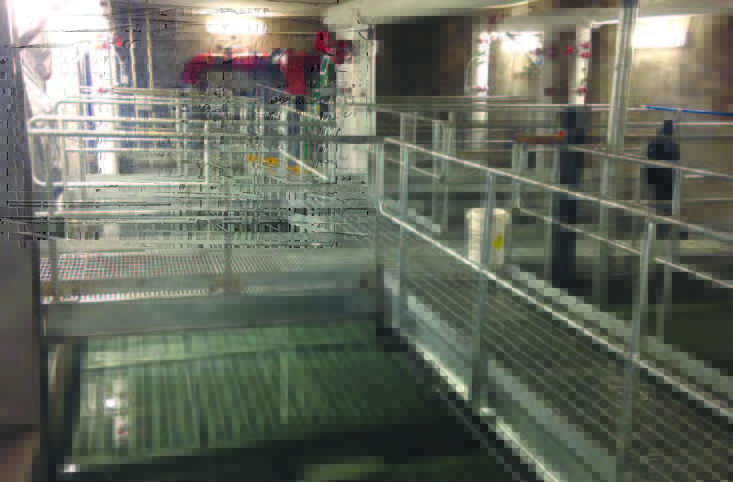 Since Hill York installed the BAC ice thermal storage system, which stores energy as ice during off-peak hours, NSU’s energy costs are less than $8 per hour during peak hours.

With 26,000 students and a growing campus, Florida’s Nova Southeastern University (NSU) was challenged with finding a reliable cooling system that kept both expenses and the environment in mind. Baltimore Aircoil Company (BAC) and Hill York mechanical contractors worked together to find a solution for NSU, finally settling on BAC’s innovative ice thermal storage. Now, NSU is reducing their peak electrical demand and saving electricity costs while remaining environmentally sensitive.

Located in steamy Fort Lauderdale, FL, NSU is one of the nation’s largest independent universities. In 2009 NSU began phase 1 of its expansion project and set out to find a cooling solution for their growing campus. Their goal was to provide chilled water to the entire university from one central energy plant. Five years ago, Hill York installed the first BAC ice tank, with a cooling capacity of 2,220 tons and 19,800 ton-hours of ice storage capacity.

Now, half a decade later, Hill York and BAC have come together again to help NSU with phase 2 of the cooling system as the campus further expands, installing two more BAC coils. Chip Lafferty, CEO of Hill York, commended the partnership with BAC, saying it was fostered around trust and teamwork, making the project at NSU not only a successful installation but a successful collaboration as well.

The ice thermal storage system used at NSU is a sustainable alternative to traditional cooling that stores energy as ice during off-peak hours (usually at night), allowing the system to take advantage of cleaner and more efficient energy sources. Ice thermal storage systems are up to 35 percent more efficient than traditional cooling systems and offer several unique qualities. For example, because ice is formed at night, using ice thermal storage avoids the high cost of the electricity needed to run the chiller during peak hours.

The local power company offers lower rates during off peak hours to help customers save on electric bills. With melting ice providing the cooling needs for the campus, the plant is able to achieve a running cost of less than $8 per hour during peak hours, significantly less than that of a traditional cooling system, according to Kevin Gamble, central plant supervisor for Hill York.

Universities, hospitals, sports stadiums, and even office buildings around the world have been using ice thermal storage for years to shift their energy load. By lowering peak demand, ice thermal storage can offset the need to build new power plants, helping to reduce greenhouse gas emissions. According to John Nix, senior engineer at Florida Power and Light, thermal energy storage has helped to avoid building 13 power plants in Florida alone in the past 20 years. Additionally, an ice thermal storage system can help qualify for a number of LEED® credits in the following areas: energy performance, refrigerant management, acoustic performance, and demand response.

The NSU central energy plant has a total cooling load of approximately 1,800 tons with the 16 buildings it currently serves. The second phase of the NSU project is finally coming to a close, and in two months the fourth and final ice tank will be installed. Each tank has a maximum capacity of 2,220 tons, allowing NSU plenty of room to grow with 8,800 total tons of cooling capacity for their current load and future cooling plans. Lafferty noted, “NSU has plans for a research facility and a university park plaza and are waiting for approval on a hospital. NSU chose to install the cooling system as an aggressive growth campaign and as assurance for room to expand.”

The central energy plant began with less than 20,000 ton-hours of ice capacity. When installation is complete, it will have a total of 79,200 ton-hours, making it one of the largest thermal energy storage systems in the world. This fall, NSU will name the central energy plant the Robert S. Lafferty, Sr., Central Energy Plant after Hill York’s founder, the current CEO’s grandfather.