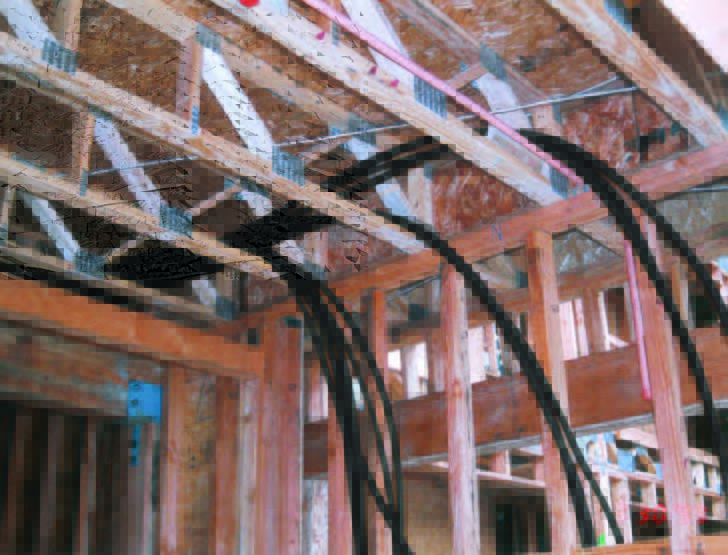 BMC chose TracPipe CounterStrike flexible gas piping for its ease of installation over traditional blackiron pipe, and its superior safety performance in earthquakes made the product ideal for a San Francisco apartment complex.

According to Robert Isom, BMC’s director of procurement, “CounterStrike not only provided a substantial cost savings but allowed us to finish this project 30 days faster than it would have taken if we had used black iron.” CSST tubing was widely adopted following the 1995 Kobe, Japan, 7.2-magnitude earthquake, which killed over 5,500 people and destroyed over 300,000 homes. According to Tokyo Gas Company, there were over 11,000 reports of damaged indoor, low-pressure, steel gas pipes compared to just eight for CSST. Now, CSST is used almost exclusively in new construction in Japan.

OmegaFlex’s product safety track record in earthquakes and other natural disasters made it ideally suited for use in the Candlestick Heights construction. The 198-unit complex is located adjacent to San Francisco’s Candlestick Park, the site of the 1989 “World Series Earthquake,” which shook the stadium with a 6.9-magnitude quake and halted play for 10 days.

“[OmegaFlex’s TracPipe] CounterStrike not only provided a substantial cost savings but allowed us to finish this project 30 days faster than it would have taken if we had used black iron.”

OmegaFlex’s TracPipe CounterStrike gas piping is manufactured in the United States and is listed by Factory Mutual for seismic resistance. In contrast, most rigid pipe is imported with little or no quality control and is not tested or listed to any national gas piping standards.

In 2012, the University of California, San Diego’s Englekirk Structural Engineering Center simulated some of the largest recorded earthquakes on a hospital structure piped with CSST and traditional black iron pipe. The results were very clear: CSST withstood the tests without any failures, while the black iron pipe fractured. Ultimately, OmegaFlex’s TracPipe CounterStrike provides these safety features at less cost than black iron pipe because of the ease of installation.

Over the past 20 years, over 750 million feet of CSST have been made and installed in the United States. While Candlestick Heights marks OmegaFlex’s first San Francisco CSST installation, it certainly won’t be the last, because TracPipe CounterStrike’s superior safety record and cost-effective installation make it a natural fit for the Bay Area.