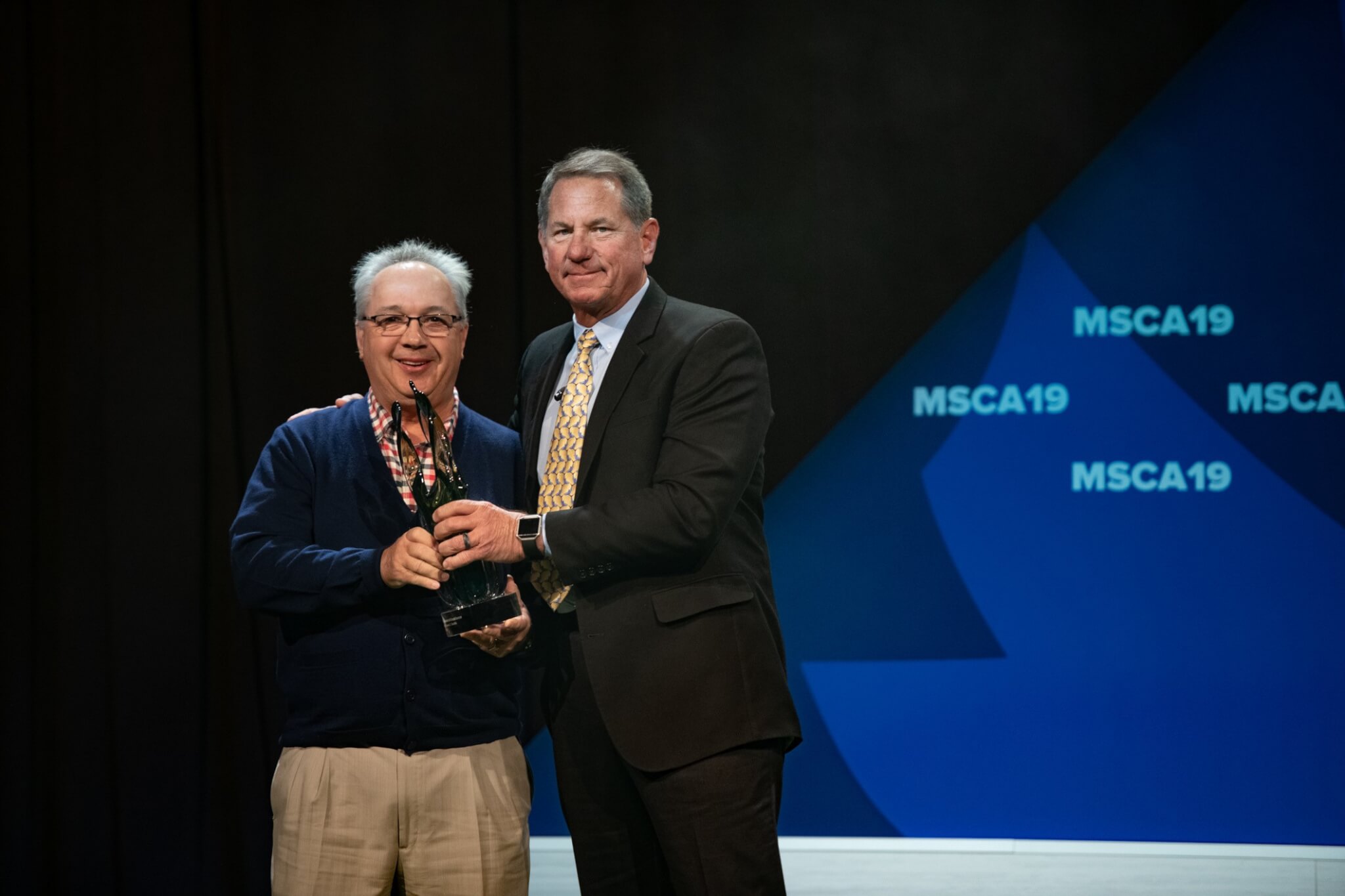 Steve Smith, Senior Vice President at ACCO Engineered Systems was presented the 2019 D.S. O’Brien Award of Excellence at this year’s MSCA19 education conference in Colorado Springs on October 14. This award was established in 2000 to recognize individuals that have an extraordinary dedication to both the HVACR industry as well as the MSCA.

Steve Smith has devoted his entire life to the industry. Starting out with Johnson Controls and then joining ACCO Engineered Systems in 1992, he become Vice President of the service division within 10 years.  Steve has played an active role in the MSCA as well, teaching  the financial portion of the Service Managers training program for many years and presenting his Cost of One Hour of Service seminar to hundreds of MSCA members.  He has served on both the MSCA Education Committee as well as the MSCA Board of Managers.  He truly has always been willing to share his financial knowledge with others in the industry.  After receiving a standing ovation from the crowd, Steve shared his perspective on the industry, “its not about the playbook, it’s about the execution” he said, “we all have the same playbook so let’s go out and do it right.”

MSCA appreciates Steve’s dedication and passion and to this most deserving recipient of this year’s award. 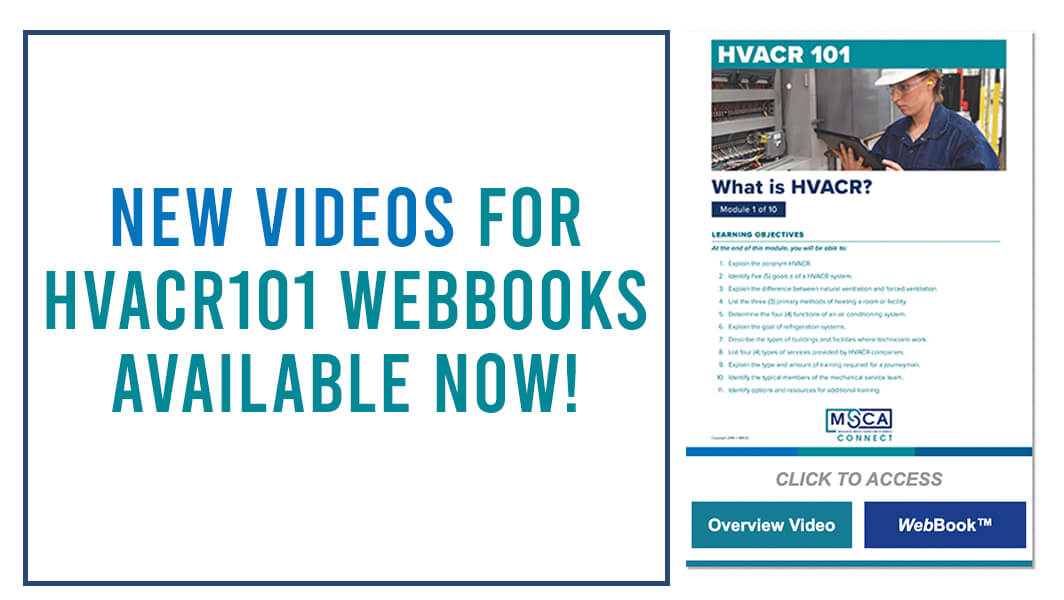 Updated Videos for HVACR101 WebBook Series Are Now Available
MSCA has revamped the videos accompanying the recently updated HVACR 101 WebBooks. These WebBooks and videos can be found in the MSCA WebBook Library, found in the resources tab on our website and are available for free to all members. …

Updated Videos for HVACR101 WebBook Series Now Available
MSCA has begun revising the videos accompanying the recently updated HVACR 101 WebBooks. The first three video modules are now updated and live on the MSCA Resources page.  These videos provide an overview of each training module and are extremely valuable for new employee orientation.… 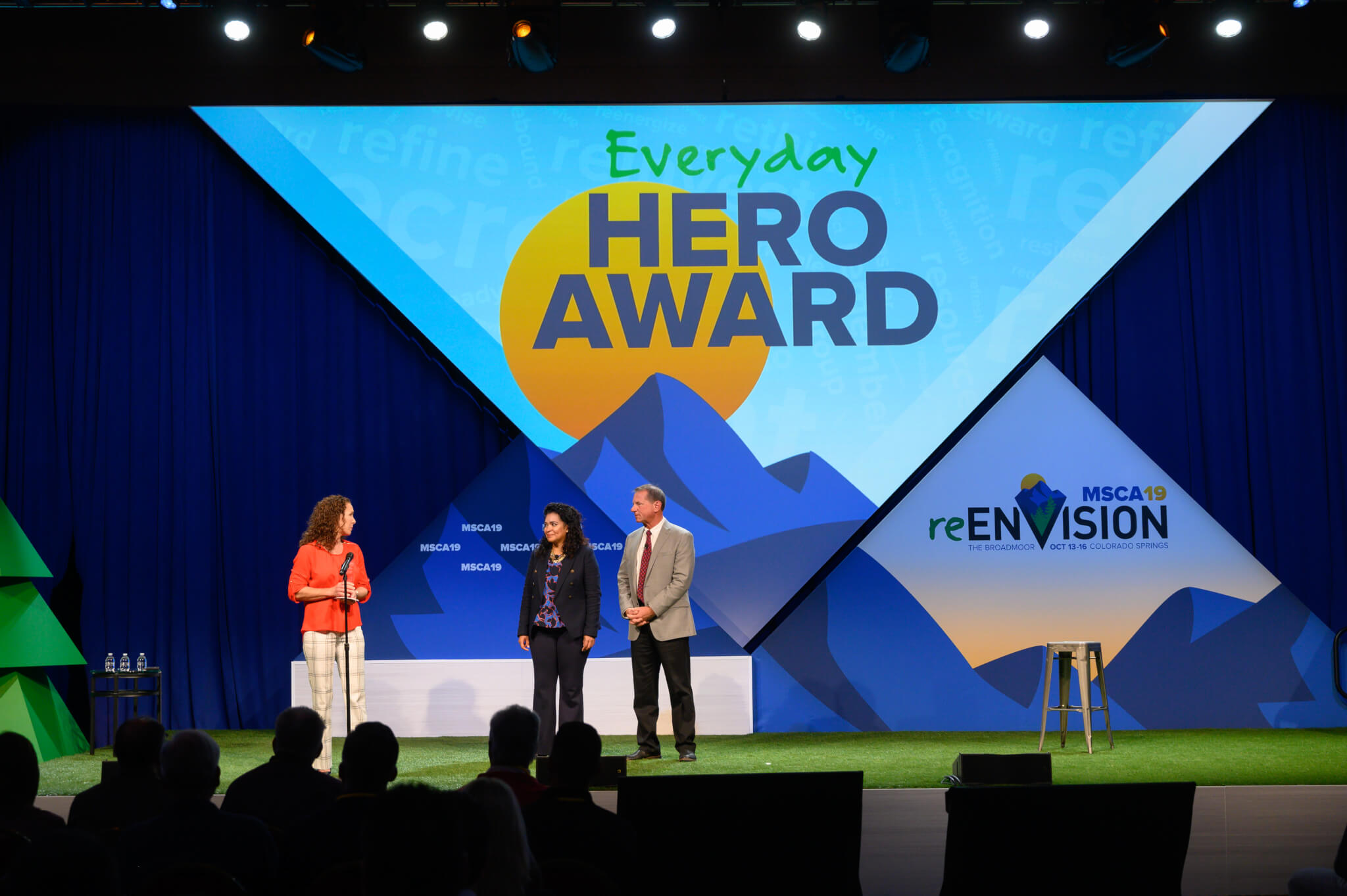 Michelle Collier Receives Everyday Hero Award at MSCA19
Five years ago, the MSCA introduced the Everyday Hero award to recognize a member employee who in their own way gives their time and skills to benefit others.  This year’s recipient, Michelle Collier, office manager for Warwick Mechanical Group in Newport News, VA, was truly deserving.… 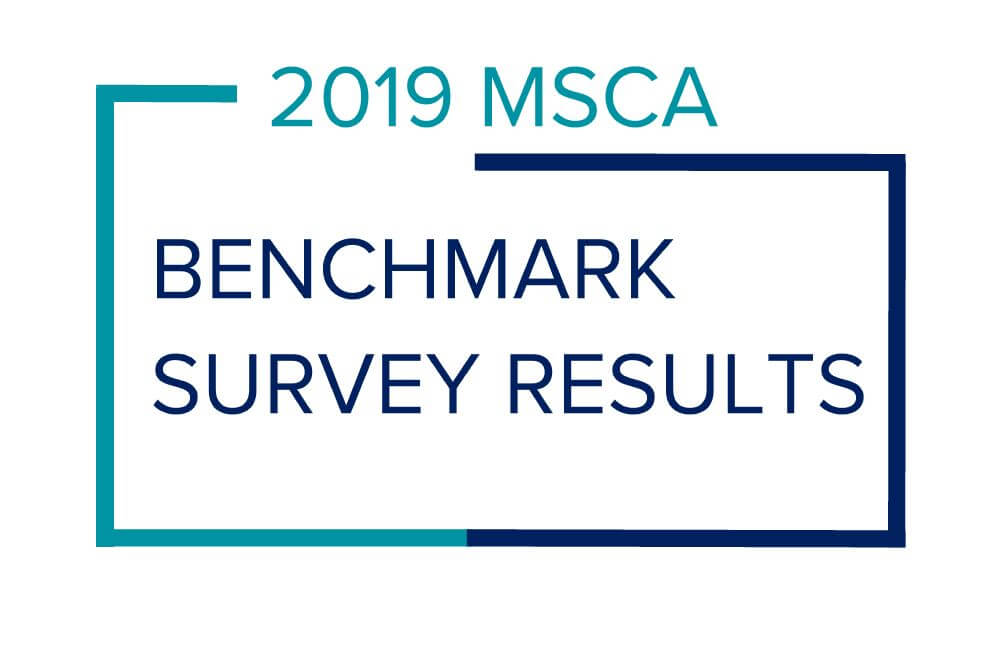 2019 MSCA Benchmark Survey Results
MSCA conducted a comprehensive benchmark survey to obtain data on key performance indicators (KPIs) in the HVACR and plumbing service industry. The results were very insightful and sure to be beneficial to all MSCA members. The full report is now available, results are presented in two formats.…